After reading some posts on the Burgman USA forum I decided to order an '07 ramp plateand see what if any improvement was to be had. There was none, in fact I found the '07 plate to be so much different from the pre-'07 unit that it was not suitable. Here's a comparison of the two:

Here are a coupe of shots of the assembled movable face, with the 18g sliders installed and fully compressed. You can see that the bushing projects 14.65 mm with the 2007 plate, and 15.95 mm with the 2003 plate--this dimension is the farthest apart the pulley faces can be. Therefore with the '07 plate the lowest (numerically highest) attaiable gear ratio is higher than that available with the '03 plate. 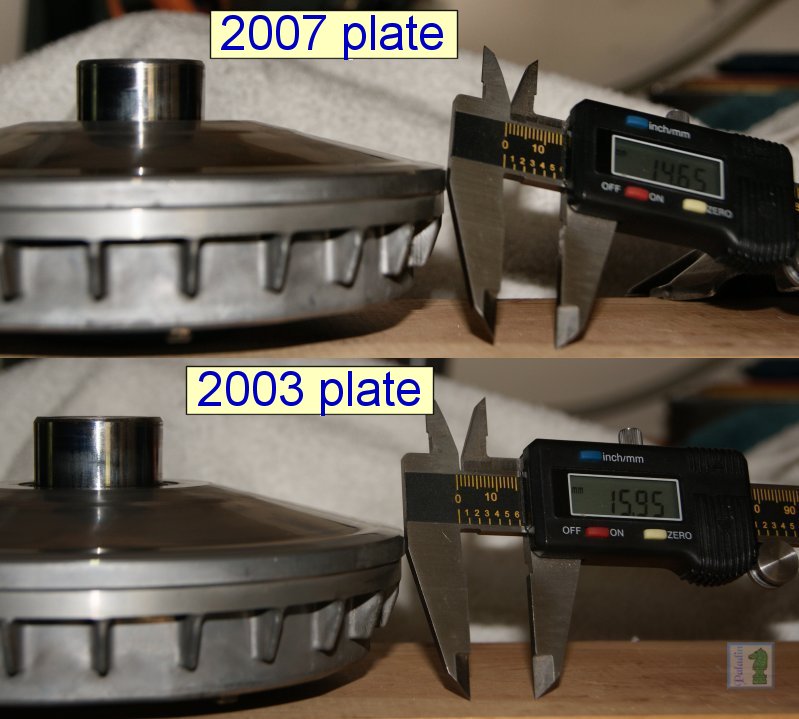 On the road I had the same impressions as Ray, and went back to the original ramp plate.

I had about 250 miles on a set of 18g DRP sliders when I played around with the '07 plate, and was a bit dismayed when I opened up the variator and found that the ramp plate's fingers had chewed up the sliders, this despite my having considerably radiused the fingers' hooked ends. Here's a photo of the wear, you can see the flecks of plastic worn from the slider bodies on the seal. 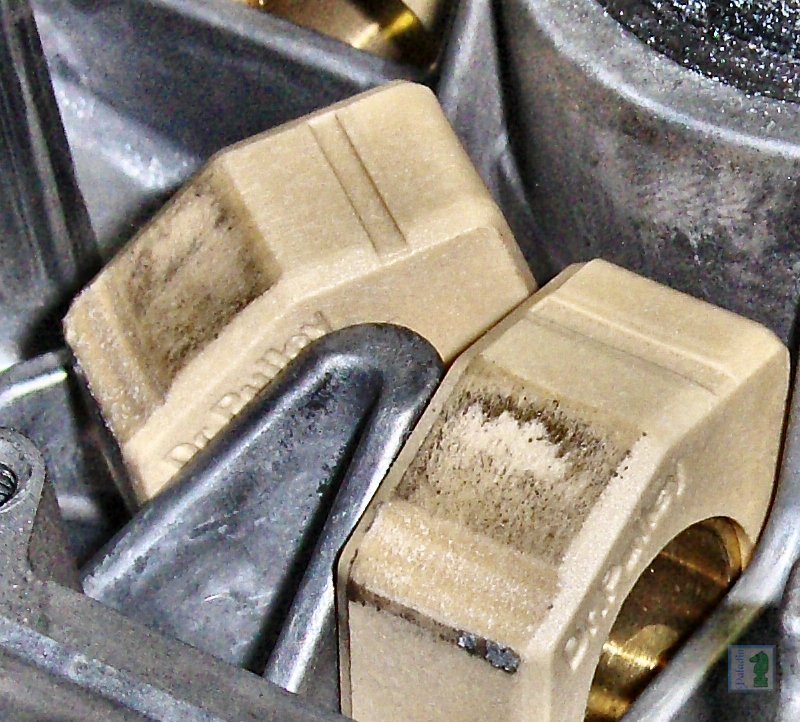 So, I further ground away and nearly removed the "hook" from the fingers of the stock ramp plate as can be seen in the first photo above. This reduced the slider wear a bunch, here is a photo of them taken 1200 miles after my more aggressive modification of the ramp. 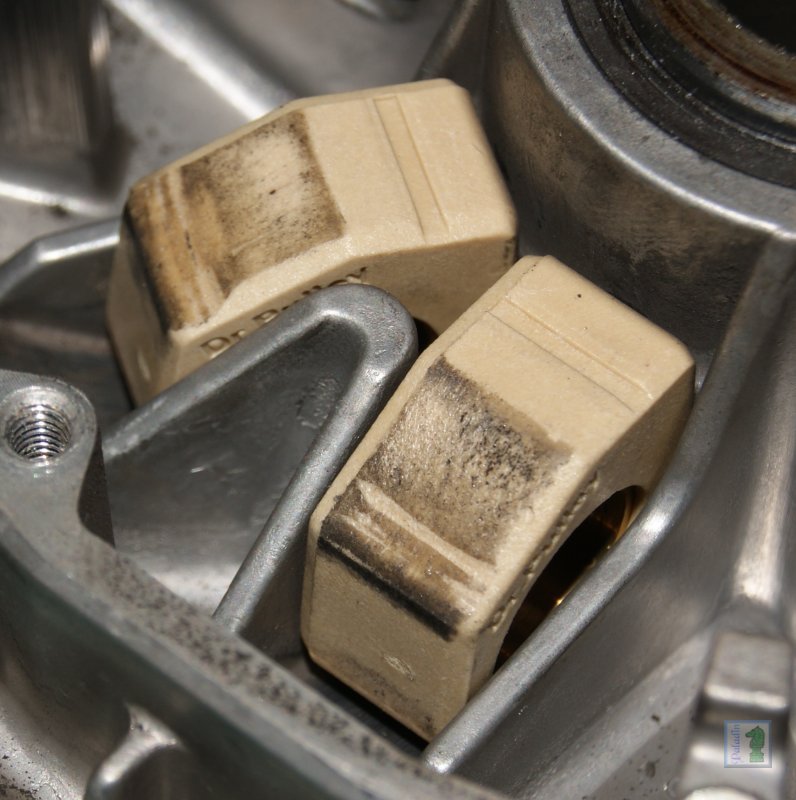 This was taken just after opening up the variator. You can see the much improved contact patch, and what remains of the groove worn by the ramp fingers in the first 250 miles.

The ramp finger modification did result in an additional 100 RPM or so at higher speeds, here are the numbers before (top table) and after removing most of the "hook" from the fingers: 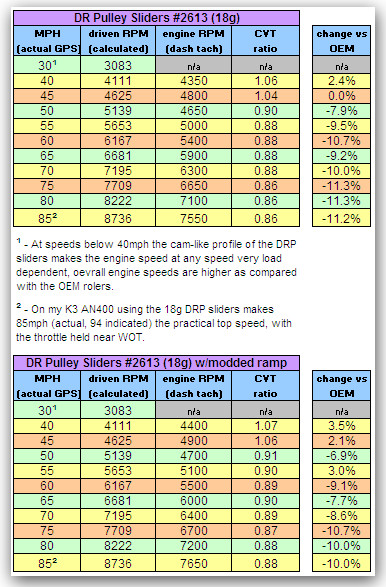